The Center for Hospitality Research in the L. Robert Payne School of Hospitality and Tourism Management has conducted economic impact assessment for the better part of 2 decades at the local and national level. Tourism and economic impact studies have been provided for small concerts, fairs and tournaments up through national organizations such as the NCAA College Bowl Game Association.

Christina Hilmer, Ph.D.
Tia Hilmer has been on faculty in the Department of Economics at San Diego State University for over 17 years and a full professor for over 11 years. She holds a joint Ph.D. in Economics and Statistics from North Carolina State University, a Master’s degree in Statistics from North Carolina State University, and a Bachelor’s degree in Mathematical Economics from University of California, Santa Barbara. She has published 25 journal articles, 13 of which are in top field or general interest journals, and in 2014 she published a co-authored McGraw Hill textbook, Practical Econometrics: Data Analysis, Analysis and Application. Along with Mark Testa and Carl Winston, she has generated economic impact reports for many popular San Diego sporting events including the Holiday and Poinsettia Bowls, U.S. Open, San Diego Rock and Roll Marathon, as well as non- sporting events such as San Diego Pride and Balboa Park.

Carl Winston
Carl Winston has 40 years of experience in a variety of senior executive level hospitality, event and tourism industry positions in academia and the “real world.” He is the founding Director of the L. Robert Payne School of Hospitality & Tourism Management at San Diego State University. He also owns Real World Academics a firm that conducts projects from economic impact studies, talent acquisition and strategy to acquisition and development for small companies and large, including Disney, Marriott, Four Seasons, American Hotel & Lodging Association and Meeting Professionals International.

The total economic impact on San Diego County for the fireworks is largely dependent on attendance which is discussed in the methodology section. Given the lack of a scientific estimate of attendance, an informal total provided by the Harbor Police was used as a range from 200,000-300,000 individuals. For the purposes of this study, 200,000 is viewed as the low total, 300,000 as the high total and the 250,000 as the most likely total. The EI is estimated at from $59.6 million-$89.3 million depending on the attendance total achieved with $74.4 million at 250,000 attendees. The total is comprised of between $30.9 million-$46.3 million of direct impact and from $28.7 million-$43 million of indirect impact. This EI is the result of some 34% attendees reporting they are non-local.

Some 42% non-local attendees came to San Diego for the primary purpose of attending the fireworks. An estimated 64% of this non-local group stayed in a hotel during their visit with an average of 4.8 room nights at $248.85 per night. An estimated 30,359-45,538 hotel room nights were sold during the event.

In addition to the direct and indirect impacts listed above, Big Bay Boom generated tax revenue for the city of San Diego. The transient occupancy tax of 10.5% generated revenue of between $793,247-$1,189,871. The San Diego portion of sales tax on food and beverage, entertainment and shopping is estimated at between $582,624-$873,936. The title sponsor of the fireworks, the Port of San Diego contributed some $383,500 to cover a variety of costs. With tenant revenue ranging from $4,554,410-$6,31,414 the ROI ranged from 11.88:1-17.81:1. Put simply, for every dollar the Port provided in sponsorship, it yielded back between approximately $12-$18 in tenant revenue. Past study2 looked at Port Sponsorship costs in relationship to Port Rent which generated approximately 78 cents for every dollar. The totals here illustrate a much greater return in comparison with the impact of BBB on local businesses. 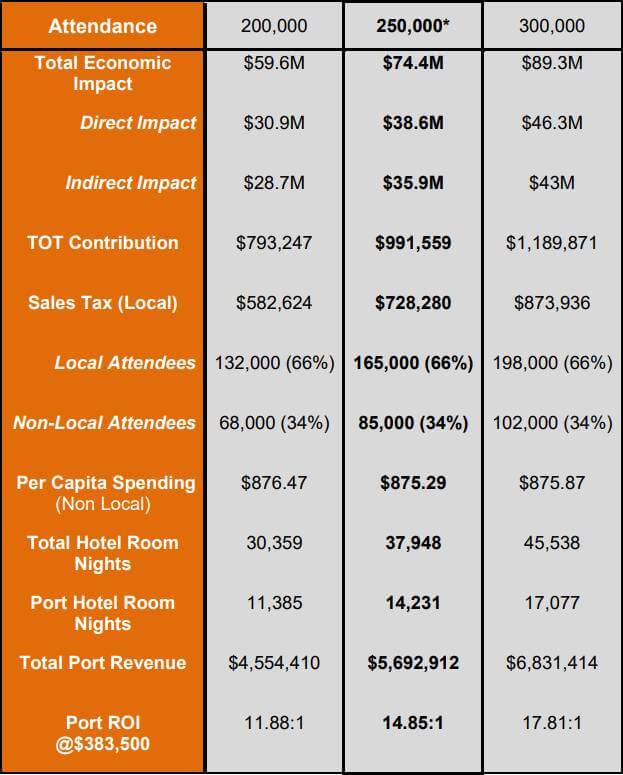 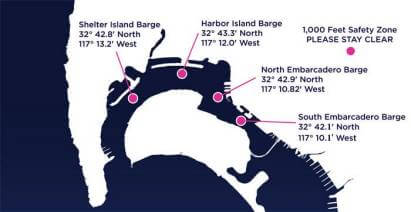 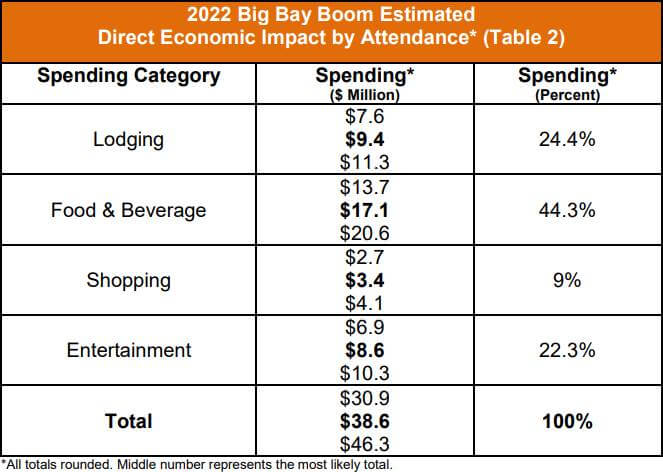 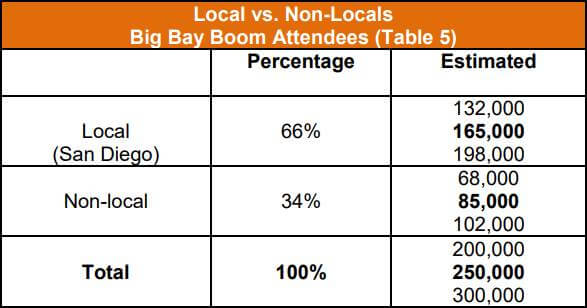 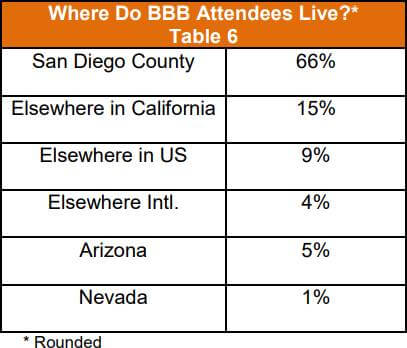 A. How do you identify yourself? 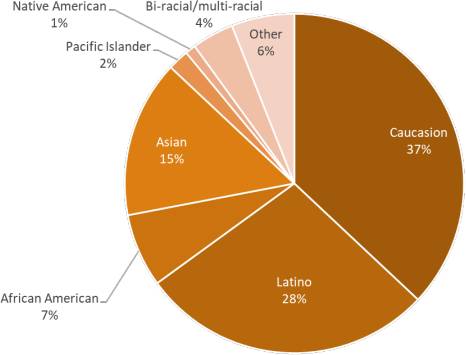 B. Age of Respondents 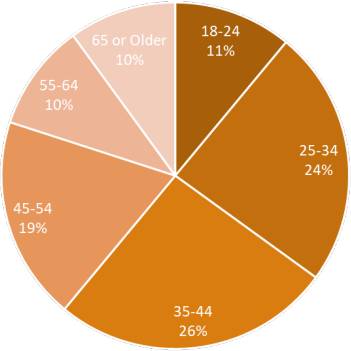 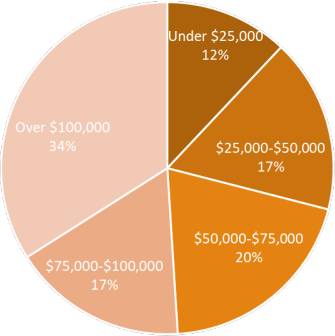 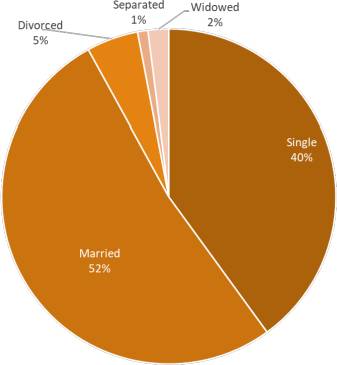 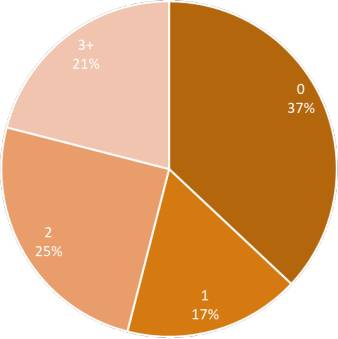 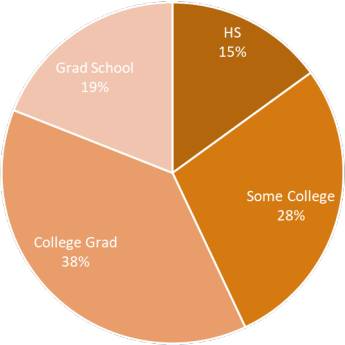 The Port of San Diego is the title sponsor of the Big Bay Boom fireworks. As part of the impact of the event, an assessment of return on those sponsor dollars was conducted. First, Hotel impacts were calculated followed by a breakdown of estimated retail and restaurant sales and the corresponding ROI. 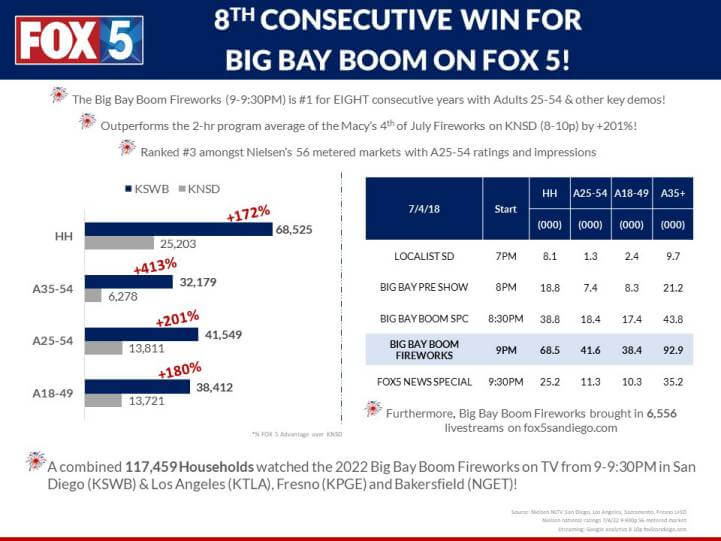 2 The Big Bay Boom: A Study of Its Economic Impact. Fermanian Business and Economic Institute at PLNU 2018, 2012.

4 The Big Bay Boom: A Study of Its Economic Impact. Fermanian Business and Economic Institute at PLNU 2018, 2012.